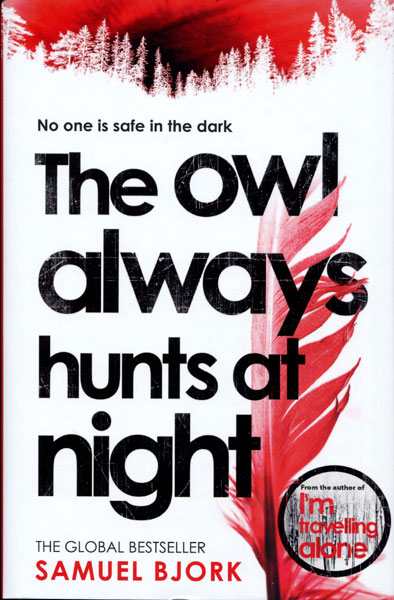 The Owl Always Hunts At Night

First hardback edition. Signed by the author. Originally published in Norway. Translated from the Norwegian by Charlotte Barslund. As new, unread copy in dust jacket. When a young woman is found dead, the police are quick to respond. What they find at the murder site is unexpected. The body is posed, the scene meticulously set, and there is almost no forensic evidence to be found. Detective Mia Krüger is a woman on the edge...she has been put on administrative leave pending psychological assessment. Desperate to get Mia back in the office her boss, Holger Munch, offers her an unofficial deal, but the usually brilliant Mia is struggling and the team are unable to close the case. Until a young computer nerd uncovers something that forces the team to confront the scope of the murderer’s plans.

Murder In Triplicate.
by P.D. James