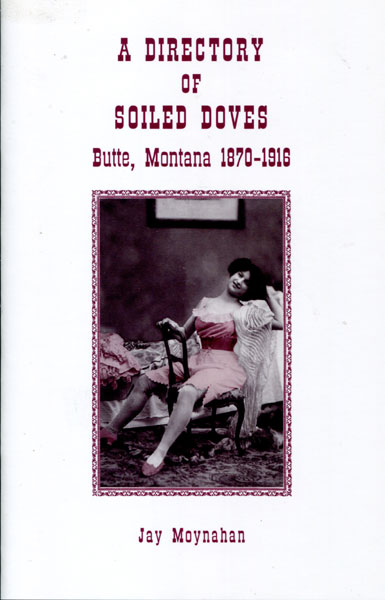 First edition. 8vo. Signed by the author. Stiff pictorial wrappers, 59 pp., acknowledgment, introduction, illustrated. This book presents a collection of over 1400 names of prostitutes who worked in Butte from 1870 through 1916. Butte's restricted district officially closed in January, 1917. (After a brief lull in activity the ladies continued selling their favors, but more discreetly.) The names in this book are in alphabetical order with the year they first appeared in the research material. Many sources were used to gather these names, including census data, journal articles, magazine articles, books, police court records, jail booking records, a Butte rent receipt book, and newspapers from Butte, Helena and Anaconda. Following the names are 16 newspaper articles that highlight some of the women found in the directory. There is also a brief glossary of terms used in the articles. As new.

A Legacy Of Spies
by John Le Carre

Judge Dee Plays His Lute: A Play And …
by Janwillem. Van De Wetering

The Black Hills Illustrated. A Terse Description Of …
George P. Baldwin [Edited And Published By]

Lady At The O. K. Corral. The True …
by Ann Kirschner