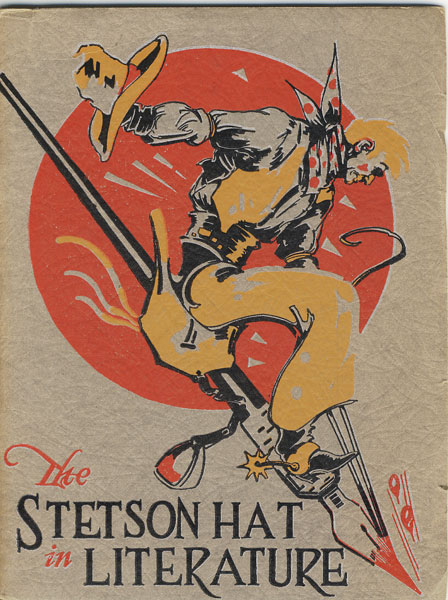 The Stetson Hat In Literature. Excerpts From The Works Of Authors Of Western Fiction Made Into A Story By F. Romer

Other works by F. ROMER

First edition. 12mo. Fine in colored pictorial wrappers. 31pp., illustrated. Included in the story along with sketches of each are Homer Croy, Charles Alden Seltzer, Will James, Henry Herbert Knibbs, Stuart Edward White, and many others. According to Jeff Dykes the drawing that appears on page 4 is a Will James rarity. Scarce!

Tales From The X-Bar Horse Camp. The Blue-Roan …
WILL C BARNES

In The Beginnings ... A Bicentennial Religious History …
JOHNSON, REV DAVID A. [EDITED BY].