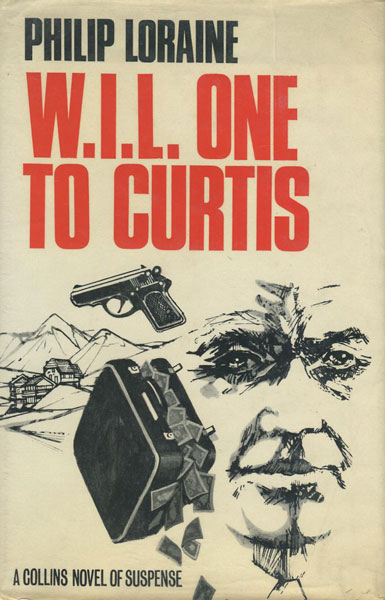 W.I.L. One To Curtis: The Story Behind The Beck Scandal.

First edition. Near fine in dust jacket. Franco Angeli is awaiting sentence of death in an Italian prison. Pierre Diderot is a French schoolboy. Katia is a London prostitute. Scott Alexander as business executive far away in California, and Charles Lord a British Civil Servant who happens to be gay. How can these five very different people, each unaware of the other's existence, be bound so closely together? Ony Western Intelligence Liaison (W.I.L.), knows the answer: they are to be used for a purpose so vital that the fate of at least one government depends on them, and so secret that ... as W.I.L. One writes in a directive to Major Alex Curtis in charge of the operation ... they may, if necessary, be considered "expendable." The basis for the film PERMISSION TO KILL (original title) changed to THE EXECUTIONER in 1975, and starred Ava Gardner, Timothy Dalton, and Dirk Bogarde in leading roles.

Rope: The Strange Story Of A Strange Murder. …
by Alfred Hitchcock

When The Cat's Away.
by Kinky. Friedman