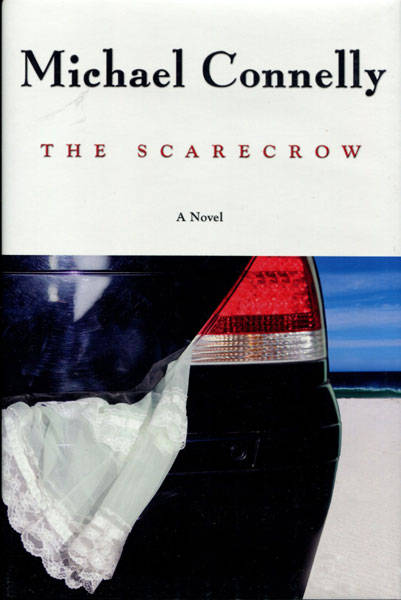 Other works by MICHAEL CONNELLY

First edition. This first edition is limited to 156 copies bound in quarter-pigskin morocco with hand-made paper-covered boards and 300 copies bound in Brillianta cloth. The quarter-morocco copies are all signed and lettered by the author and the cloth copies are all signed and numbered by the author. This is cloth copy number 32. Fine in fine dust jacket. Forced out of the Los Angeles Times amid the latest budget cuts, newspaperman Jack McEvoy decides to go out with a bang, using his final days at the paper to write the definitive murder story of his career. He focuses on Alonzo Winslow, a 16-year-old drug dealer in jail after confessing to a brutal murder. As he delves into the story, Jack realizes that Winslow's so-called confession is bogus and believes the kid might actually be innocent. Jack is soon running with his biggest story since The Poet made his career years ago. Slipcase.

Strangers On A Train.
PATRICIA HIGHSMITH