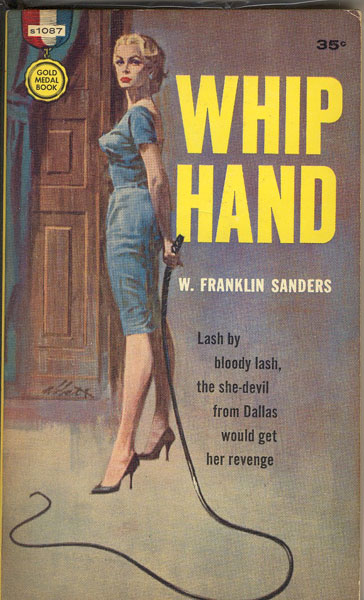 First edition. PBO. GM s1087. Near fine in pictorial wrappers. Long rumored to have been co-written by Willeford, the recent surfacing of the original typescript for the novel entitled Deliver Me From Dallas! shows the title page is credited to both Sanders and Willeford. Why Willeford's name was taken off at publication remains a mystery. The story line of both titles varies at some points, but is essentially the same. However the published version was titled Whip Hand.

The Garden Of Evil.
by David. Hewson

Gone, No Forwarding.
by Joe. Gores