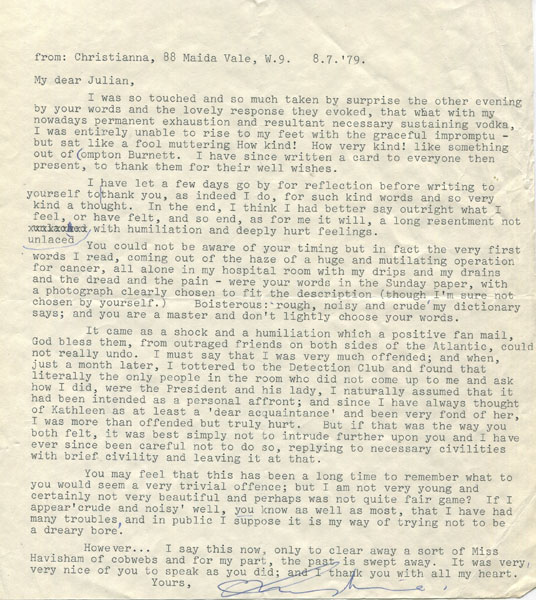 Other works by CHRISTIANNA BRAND

Two letters, the first dated 7/8/79 in which she thanks Symons for his kind review of her book, we assume it's either The Honey Harlot or The Rose In Darkness. Additionally she goes on to delve into an old matter between them and how hurt she was over a previous review in which he referred to her work as "boisterous: rough, noisy and crude, my dictionary says ; and you are a master and don't lightly choose your words." Time has passed and she's willing to clean the slate especially since her latest book was reviewed so favorably. The second letter is two pages long and she covers many subjects all bookish in nature. Both letters are signed as "Christianna." Very good copies.