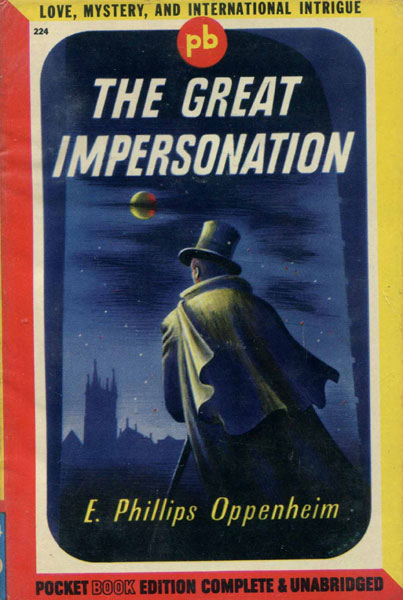 First paperback edition. Pocket Book 224. Fine, unread copy in pictorial wrappers. Set in southern Africa a year before the onset of the World War I, Englishman Sir Everard Dominey, his health broken down by rough living and whiskey during a self-imposed exile, stumbles half-dead into the camp of German Baron von Ragastein. The two men are near look-alikes and knew each other back at Eton. Von Ragastein, an officer in the German army and an espionage agent, devises a plan to substitute himself for Everard Dominey and to return to England to further German interests. Great read!

The Longbow Murder.
by Victor Luhrs

In The Teeth Of The Evidence And Other …
by Dorothy L. Sayers

The Hardboiled Apple. The Casefile On Suspense Writing …
by Jon And Karen Mcburnie Hammer