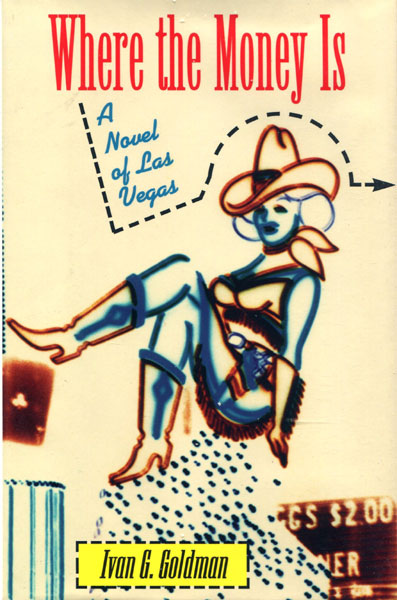 Where The Money Is.

First edition. Signed. Author's first book. Fine in dust jacket. While plying his trade as a shill at Bob's Beer & Guns, a down-market establishment far from Las Vegas’ glitzy Strip, former U.S. attorney Terry Lasky learns that an armored car carrying three million dollars skimmed from casino receipts on behalf of the Chicago mob has been hijacked. The sole surviving bandit storms into Bob's in search of legal aid and whispers something to Lasky, then is gunned down by staked-out police. With both the cops and the robbers convinced that Lasky knows where the loot is stashed, he sets about making the best deal possible in the circumstances. Lasky's current girlfriend, his ex-wife, a defrocked Yale economist, a Pentecostal pastor, the wheelchair- bound proprietor of Bob's, and BB&G's once-homeless bouncer all a keen interest in the whereabouts of the Mafia money. By the time Lasky arranges for the plunder's return at a midnight rendezvous deep in the desert, his best-laid schemes go awry.

The Salvation Of Pisco Gabar And Other Stories.
GEOFFREY HOUSEHOLD