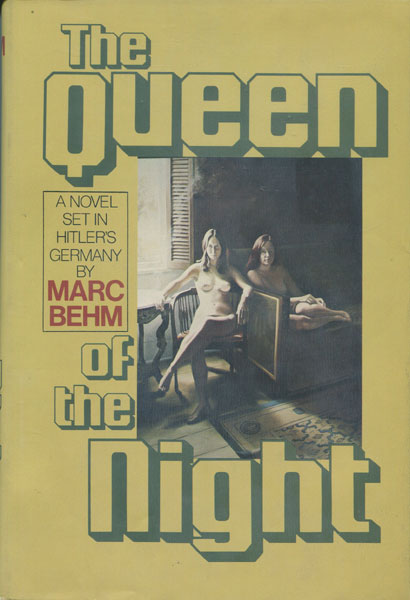 The Queen Of The Night.

First edition. Author's first novel. Fine in dust jacket. Edmonde, is an innocent born in horrible times, Germany of the 1920's. Deprived in her early youth of her parents, she is swallowed up in the craziness of history. Death and sex are her constant companions. Choosing an equivocal lesbian role, Edmonde comes to know the leaders in Nazi circles including Hitler and Eva Braun. During the war she serves with the SS in the invasion of Russia and the occupation of Paris. She emerges as a symbol of the times, an amoral agent, never quite lovable, but daring, sensitive, full of bravado and humor and totally independent. A maiden surrounded by brutality, she cannot escape her fate, enduring both her life and her death with the same spirit of absolution.

Walter Mosley, Mystery Man Of The Hour.
by Diane. Goldner