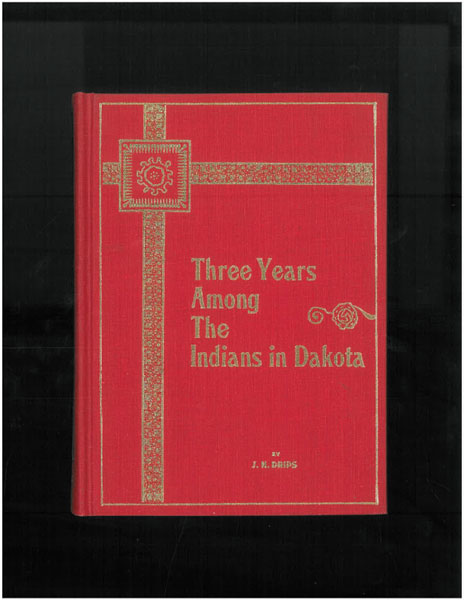 Three Years Among The Indians In North Dakota

Reprint edition limited to 500 copies. Cloth, i-xv, + 139 pp. Introduction by John M. Carroll. An important reprint of the very rare 1894 first edition, Drips records his personal experiences chasing and fighting Sioux warriors with General Sully's expedition against the Sioux in 1863, 1864, & 1865. Drips was a sergeant in Company L of the Sixth Iowa Cavalry. "The author participated in the Indian campaigns of 1863-5 under General Sully on the Upper Missouri, in North and South Dakota, Montana, Wyoming and Idaho. He was painstakingly precise in his description of various events, having kept a day-by-day journal. His descriptions of Indian battles include those at Fort Rice, Devil's Lake, Knife River, White Stone Hill, the Yellowstone campaign, etc." A rare and important first-hand account of this early campaign against Plains Indians. A fine copy.