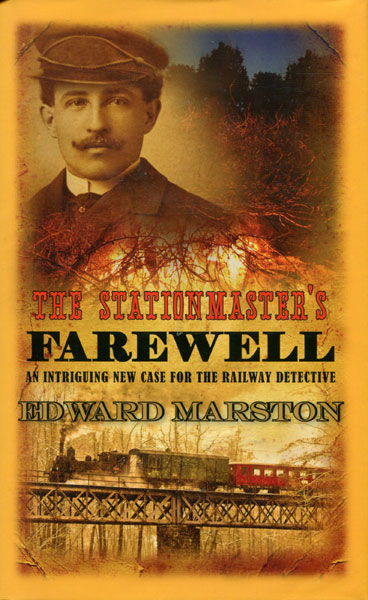 Other works by EDWARD MARSTON

First edition. Signed by the author. Fine in fine dust jacket. 1857. Only when the bonfire finally dies down, the charred remains of his body are found. Who would possibly want to murder the popular stationmaster, Joel Heygate? It's the question Detective Inspector Robert Colbeck and Sergeant Victor Leeming ask when they arrive in Exeter at the request of the South Devon Railway. Yet, as they investigate the stationmaster's life, they realize he is not as popular as they first believed. With a scorned jilted lover, a resentful colleague and a violent elder brother among the many suspects, the detectives must use all their skill and wit to solve the case.

Cat Of Many Tails
QUEEN ELLERY

A City Of Strangers.
ROBERT BARNARD