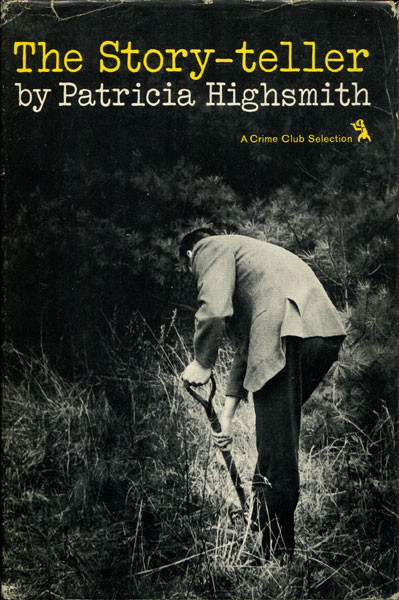 First edition. Review copy with a rubber stamp imprint on the front pastedown sheet stating "With compliments of Doubleday & Company, Inc." Fine, bright cop in dust jacket with light wear to spine ends, corners, and extremities. It was an odd marriage, Sydney's and Alicia's. Sometimes Alicia wondered why she had ever married this odd, moody man who live most of his waking hours in his own private world, and wrote television scripts that never seemed to sell. Perhaps if she went away for a few days, things might be better when she returned. However Alicia did not count on the thoughts in Sydney's mind that said " wouldn't it be fascinating, even marvelous, if I murdered my wife and hid her body?" The basis for the 1989 German film "Der Geschichtenrzahler" (The Story-Teller). A Crime Club mystery novel.

A Toast To Tomorrow.
by Manning. Coles

The Diehard.
by Jon A. Jackson

Figure Away.
by Phoebe Atwood. Taylor