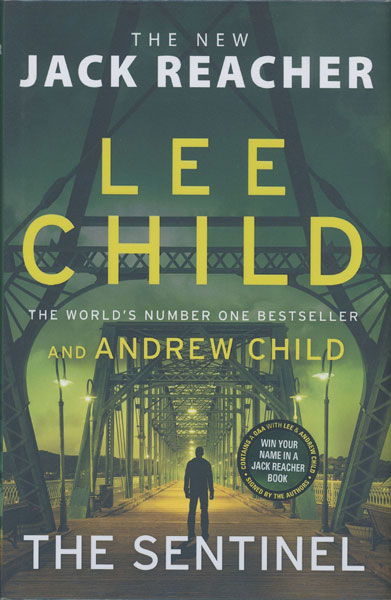 by Lee And Andrew Child Child

First edition. Signed by both authors. As new, unread copy in dust jacket. The change-over novel written by both brothers, as preparation for younger sibling Andrew to take on the role of Jack Reacher’s creator alone. If you were unaware of the change of authorship, many would not have known from the story itself that a change has been made. The similarity in the signatures could lead to speculation that they took turns signing for one another. In this tale Reacher stops in a small town near Nashville, Tennessee to get a cup of coffee and them move on. It doesn't happen that way as the town has been shut down by a cyber attack and Reacher needs to stay and straighten out the bad guys.

Poison Is A Bitter Brew.
by Anne. Hocking

Odds Against.
by Dick. Francis

Murder On Trial.
by Michael. Underwood