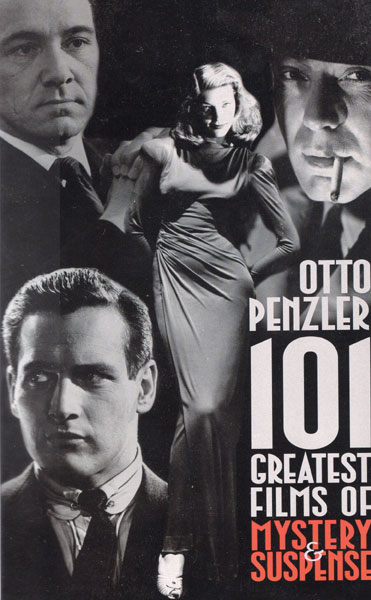 First edition after the Literary Guild edition which was issued to members in May, 2000. Signed by Otto Penzler. Fine in pictorial wrappers. "From America's leading mystery authority, this informative guide is packed with plot twists, cast lists, delectable bits of fun, and often scandalous trivia. The finest Hitchcockian suspense movies, the toughest gangster flicks, the wittiest "Thin Man" titles, the bleakest noir films, and the best of the '80s and '90s. This survey is enhanced by the extensive knowledge and sharp style of Otto Penzler, who "Booklist" calls "a mystery superbuff." The selected films in this book are ranked in declining order from #101 [the lowest] to #1 [the best]. Information for each film is provided including studio, director, source, principal players, story line, and best line in the movie.

Death Of A Pilgrim.
by David. Dickinson

Kyd For Hire.
by Hyde. Harris