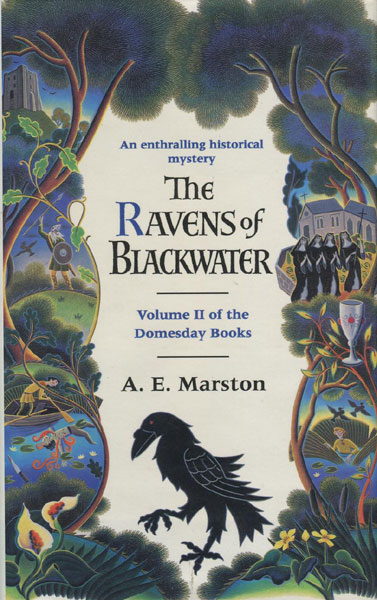 The Ravens Of Blackwater.

First edition. Signed. Fine in dust jacket. Volume II of the Domesday Books. The small village of Maldon is controlled by the wealthy Fitzcorbucion family, led by Hamo Fitzcorbucion, lord of Blackwater Castle. Hamo has amassed wealth and land by means both legal and shady, scaring the villagers into silence. When his eldest son, Guy, is found murdered, an infuriated Hamo demands justice. Into this charged atmosphere arrives a court of justice, led by soldier Ralph Delchard and lawyer Gervase Bret. Surveying the lands of Maldon, they detect various irregularities and plan to call the Fitzcorbucion family to account. Guy's murder and Hamo's quest for revenge force Ralph and Gervase to deal with dangerous matters far beyond their original duties.

The Hunters.
by Peter. Hill

Master And God.
by Lindsey. Davis

The Night Before Murder.
by Steve. Fisher