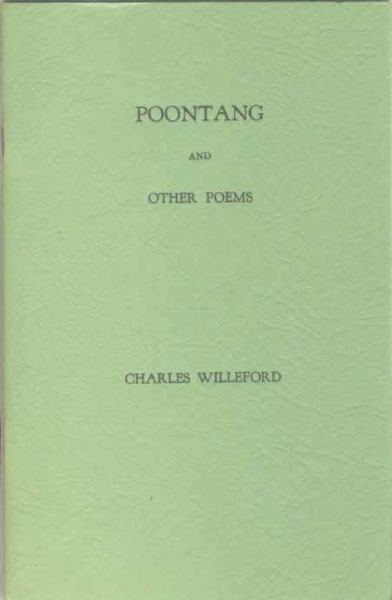 Poontang And Other Poems.

Other works by CHARLES WILLEFORD

First edition. As new, in printed green wrappers. Willeford's scarcest book. Further this book was issued in two color states of the cover, green and gray. It is believed by Willeford bibliographers that the green binding is the scarcer of the two bindings.

The Trick Of The Ga Bolga.
PATRICK MCGINLY

A Case Of Spirits.
PETER LOVESEY