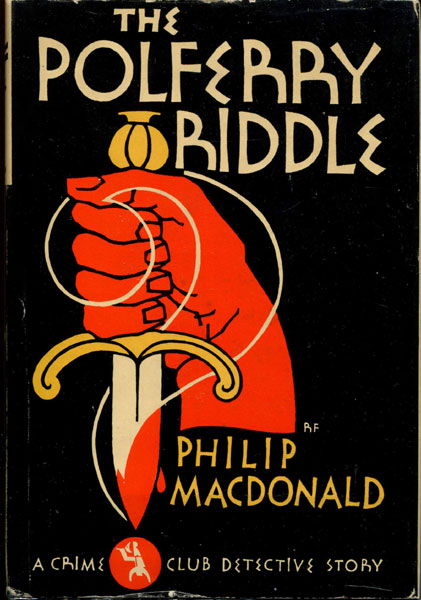 First U.S. edition. Originally published in the U.K. as The Choice, earlier in 1931.Former owner's small, neat bookplate on the front pastedown sheet else a fine, bright copy with bright red top edges in dust jacket with light wear to the foot of spine and corners and minor wear to the extremities. A stream of blood beneath a closed door and behind that door is the dead body of Eve Hale-Starford. Superintendent Pike of the C.I.D., Scotland Yard, found no clues, no weapons, and no motives. Then Colonel Anthony Gethryn, in Switzerland, found a peculiar story in an English newspaper,and sped back to England, but he was too late to stop the chain of death that the murder at Polferry had unleashed. Colonel Anthony Gethryn to solve a locked-room murder. Crime Club mystery title.

The Strange Adventures Of Bromley Barnes
by George Barton

The Cauldron.
by Colin. Forbes

The Morgue Is Always Open.
by Jerome. Odlum

The Hound Of The Baskervilles; Another Adventure Of ...
by A. Conan Doyle