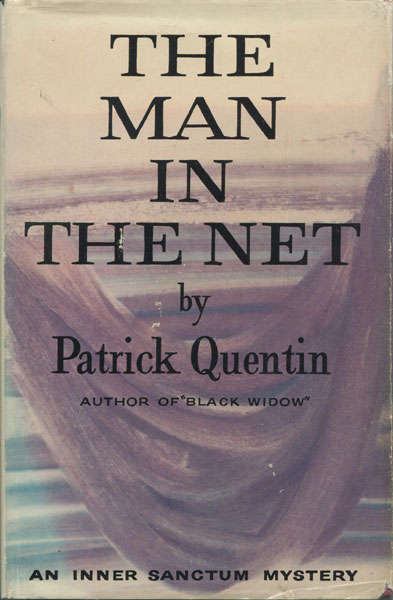 The Man In The Net.

First edition. Pseudonym of Hugh Wheeler. Page edges uniformly browned, former owner's inked name to top edge of front fly leaf,else near fine in bright, lightly rubbed dust jacket with light wear to lower front corner and a tiny closed tear to bottom edge of rear panel. John Hamilton leaves a comfortable New York job to take up as an artist in a quiet Connecticut town. His wife hates the life and falsely makes him out to be selfish, unsuccessful, and worst, someone who hits her. When she suddenly disappears suspicion falls on him and the townsfolk take the law into their own hands. Basis for the 1959 movie of the same name that was directed by Michael Curtiz, with Reginald Rose as screenwriter. The film starred Alan Ladd as John Hamilton, Carolyn Jones, Diane Brewster, John Lupton and others.

The Well Of Lost Plots
by Jasper Fforde