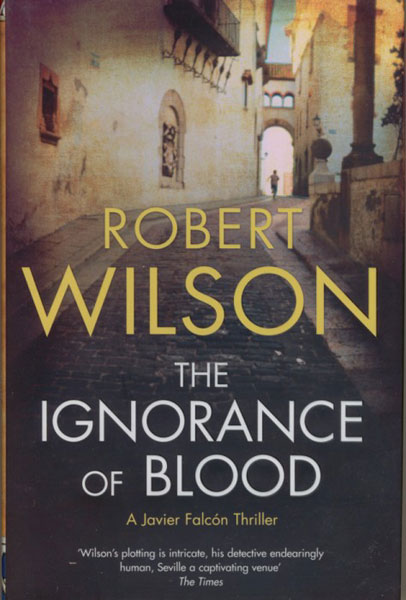 The Ignorance Of Blood.

First edition. Fine in fine dust jacket. The final psychological thriller featuring Javier Falcon. A sweltering Seville is recovering from the shock of a terrorist attack and Inspector Jefe Javier Falcon is determined to fulfil his promise to its citizens....that he would find the real perpetrators of the attack. The death of a gangster offers vital evidence implicating the Russian mafia, but throws Falcon into the heart of a turf war over prostitution and drugs. Now the target of vicious hoods, Falcon finds those closest to him are also coming under intolerable pressure. His best friend, who's spying for the Spanish government, reveals that he's being blackmailed by Islamist extremists, and Falcon's own lover suffers a mother's worst nightmare. In the face of such fanaticism and brutality, Falcon realizes that only the most ruthless retaliation will work. But there is a terrible price to pay!

Other Kinds Of Treason.
by Ted. Allbeury

A Burnt-Out Case
by Graham Greene