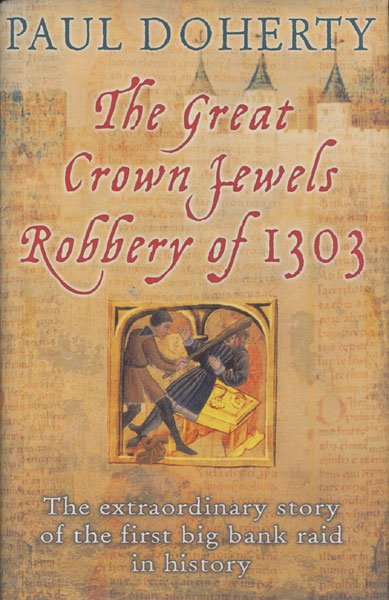 The Great Crown Jewels Robbery Of 1303.

First edition. Signed. Fine in dust jacket. Many people know of Colonel Blood's attempt to steal the Crown Jewels during the reign of Charles II (1660-1685); however, Blood's conspiracy wasn't the first, and certainly not the most successful. In 1303, while Edward I of England was north of the Scottish border trying to crush William Wallace, he'd stashed his treasure safely in Westminster Abbey. Enter Richard Puddlicott, a former merchant and a charming vicious rogue who infiltrated the Abbey's inner circle and before long had helped himself to a good part of the treasure. The King's fury knew no bounds, but Puddlicott ran his men a merry dance before eventually being captured and sent along with forty monks to his death at Westminster.