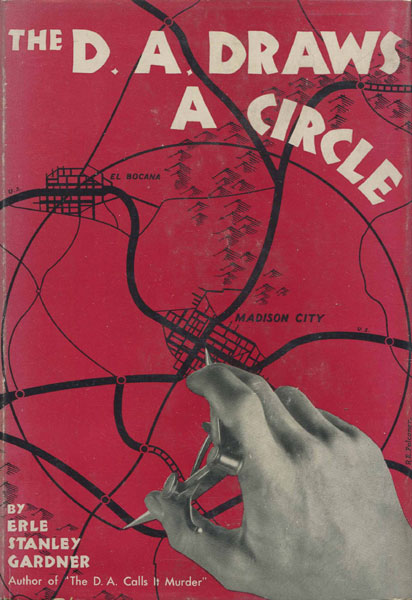 The D. A. Draws A Circle

First edition. Fine in dust jacket lightly sunned on the spine. The third novel to feature Douglas Selby, the fighting District Attorney of Madison City. The murdered man had been shot - twice. Either bullet could have caused the death. D.A. Doug Selby had both the bullets and one of the guns. On that gun were the fingerprints of Pete Ribber, a known criminal. The other bullet was from a different - and missing - gun. Which bullet had caused the death? That was the D.A.'s problem. Because there's no law against firing a bullet into a corpse ...

False To Any Man.
by Leslie. Ford

Max Trueblood And The Jersey Desperado.
by Teri. White

Six-Gun In Cheek - An Affectionate Guide To …
by Bill. Pronzini

The Flame Bearer
by Bernard Cornwell