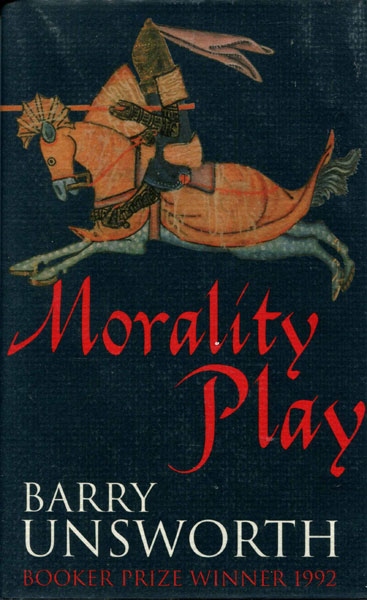 Other works by BARRY UNSWORTH

First edition. Signed. Fine in dust jacket. Story is set in England late in the 14th Century, a time of calamity such as few others have been, marked by war, plague and fear of hell-fire. Nicholas Barber, a young cleric, has left his diocese without the Bishop's permission. It is the Christmas season, and the cleric, finding himself without money, joins a troupe of traveling actors, a decision expressly forbidden to members of the clergy. But real trouble happens when the troupe decides to enact the murder of a 12 year old boy called Thomas Wells to the hostile townspeople. It's not long before they find themselves in appalling danger. Co-winner of the Booker Prize in 1995 along with the other co-winner Michael Ondaatje's The English Patient.