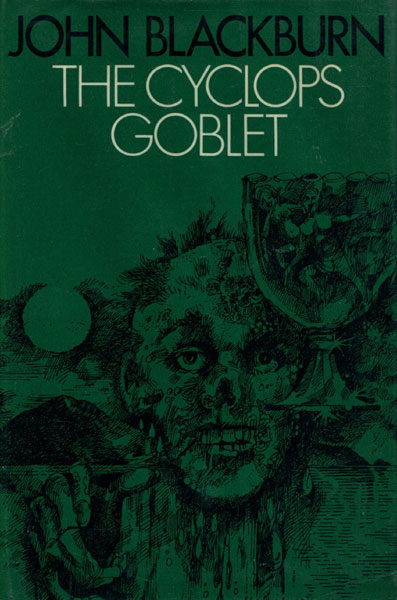 Other works by JOHN BLACKBURN

First edition. Fine in dust jacket. Bill Easter and his common law wife Peggy Tey, two small-time crooks down on their luck, have been hired to help steal the legendary treasure of Renaissance goldsmith Guido Calamai. Calamai's masterpiece, the Cyclops Goblet, rumored to possess the power to kill whoever drinks from it, is under lock and key at the Danemere Museum, the gift of the rich and eccentric millionaire Sir Thomas Moscow. But when the goblet is discovered to be a fake, Bill and Peggy must locate the real treasure, and to find it, they'll need to break Sir Thomas's daughter, a murderous madwoman, out of an asylum. From there, the trail leads to a remote Scottish island contaminated with anthrax, where the treasure - and the shocking truth behind its deadly power - is hidden.

Crime Novels. American Noir Of The 1930s And …
POLITO,ROBERT [SELECTED THE CONTENTS]