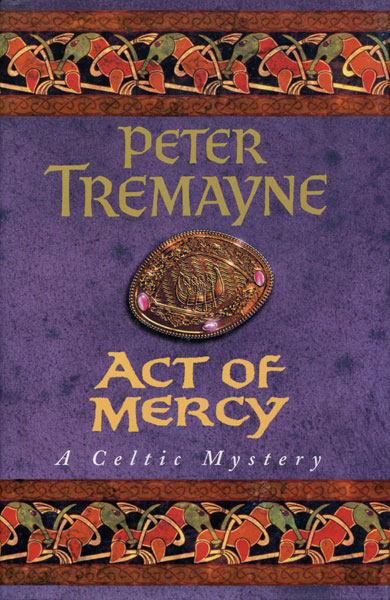 Other works by PETER TREMAYNE

First edition. Fine in dust jacket. Sister Fidelma sets out on a pilgrimage in to the Holy Shrine of St. James in the late autumn of AD 666. During the voyage one of the pilgrims disappears and his blood-stained robes are found. Was the pilgrim lost overboard during the storm, or was he murdered and thrown into the sea? A perplexing puzzle that isn't solved until she reaches the Holy Shrine.

The Girl, The Gold Watch & Everything.
JOHN D. MACDONALD

The Beast Must Die.
NICHOLAS BLAKE