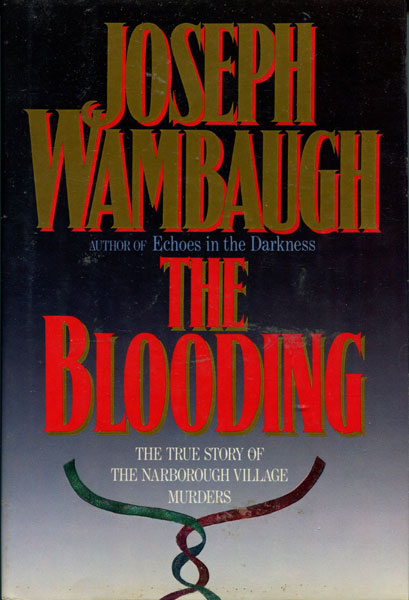 First edition. Fine in dust jacket. The true story of the Narborough Village murders. Fifteen-year-old Lynda Mann's savagely raped and strangled body is found along a shady footpath near the English village of Narborough. One hundred fifty officers were allocated to the "Narborough murder." Suspicion initially fell on the male population of the three neighboring villages. Semen indicated that the assailant was young and had an exotic blood group. But once the immediate vicinity was screened, police had to confront the awful possibility that their man might live in Leicester (population 300,000) or might be a transient traveling on the nearby M1 motor way. When no leads were forthcoming, the investigation ground to a halt after six months. Probably the case would never have been solved except that three years later, another 15-year-old girl was raped, murdered and left dead in another Narborough lane. This time the police were quick to round up a plausible suspect--a 17-year-old kitchen porter at the local lunatic asylum. The man was cajoled into confessing to the crimes and would certainly have been convicted had the case gone to court. But his father demanded a semen test. At Leicester University, a young scientist, Alec Jeffreys, had recently discovered the technique of genetic fingerprinting. As with digital fingerprinting, no two individuals are the same and the technique is, apparently, infallible. The suspect's sample and those taken from the victims' bodies revealed two things; first, that the kitchen porter was innocent. Second, that the same unknown man had murdered both girls. A shaken murder squad decided to test all 2,000 males in the vicinity......... a technique called blooding.