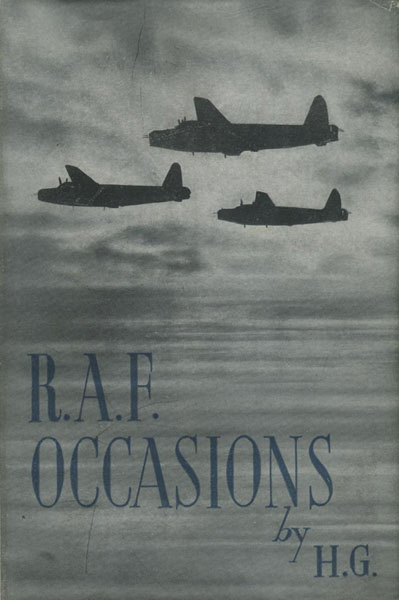 Other works by G.H.

First edition. Fine in dust jacket. Not an official history of the RAF, but a record of impressions. It deals with the peace-time training in Southern England; with the assembly of the many squadrons at their war stations in August, 1939; with the life of a Coastal Command squadron patrolling out in the Atlantic during the first winter of the war; with the life of a strange and unique Anglo-French Air Force unit in France during the spring, and the happenings during the retreat and the evacuation; with the life of so-called " home-stations," now that England has become herself part of the front line, where young English boys, Dominion pilots, Czech and Polish airmen are all training to become part of a greater and more widely-embracing Royal Air Force.

High Spots Of Custer And Battle Of The …
TAL LUTHER