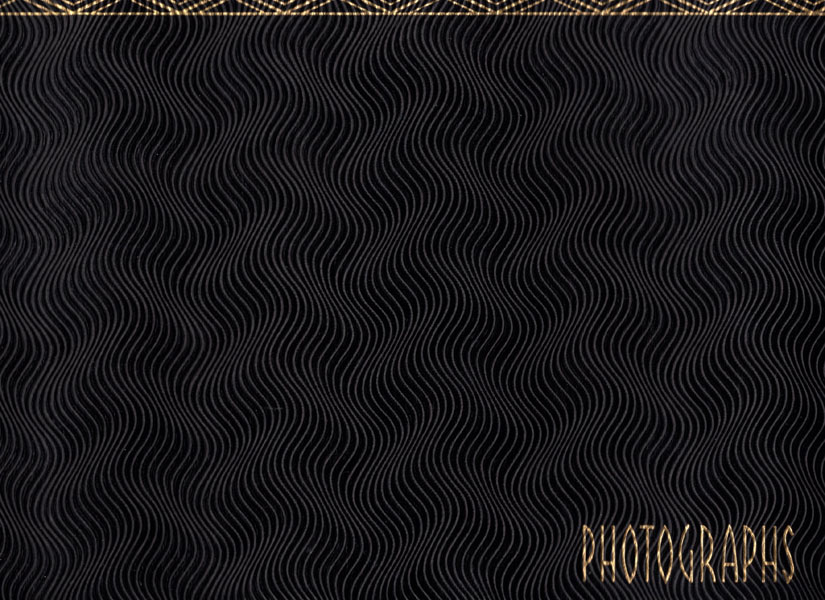 Other works by JOHNSON, FRANCIS W.

10 1/4" x 13 1/4" in black flexible boards, sewn at gutter margin with black silk braid and with title ("Photographs") and decorative border in gilt. 50 leaves unnumbered on thick black paper stock with 192 silver gelatin photographs, all sized 2 3/4" x 4 1/2" and mounted with black & metallic corners. Nearly every photograph with typed identifying caption on verso, stamp of the photographic supply house and most with ownership stamps for Francis W. Johnson. An exceptional photo album filled with 192 silver gelatin photographs of military and civilian aircraft developed and flown during the 1930's through World War II, with many experimental aircraft represented in the images encompassing Flying Boats, bombers, fighters, fighter-bombers, passenger liners and others. This album presents an exceptional array of photographs for aircraft developed and deployed just before and through World War II, arranged in alphabetical order by manufacturer, with nearly all the makes and models typed, or neatly written in pencil on the versos of most of the images. The planes are shown taking off, some with rocket assistance, in flight, setting on the runway or in the water. The manufacturers encompass Beech, Bellanca, Bell, Boeing, Brewster, Cessna, Consolidated, Curtiss, Douglas, Fairchild, Fisher/General Motors, Grumman, Lockheed, Ryan, Spartan, Stinson, and Vought-Sikorsky. The aircraft include the Bellanca C-27 Aircruiser, a passenger aircraft designed by Giusseppe Bellanca in the 1930s; Bell XFM-1 Airacuda an American heavy fighter aircraft intended to be a mobile anti-aircraft weapon; the Bell XP-77 with two prototypes built from plywood with engine faults; Boeing 307 Stratoliner, the first commercial aircraft to enter service with a pressurized cabin, and later the C-75; the Boeing 314 Clipper Flying Boat, the largest aircraft of its time, and with 12 built and delivered. Of additional interest are the Curtiss SOC3-1 an American single-engine observation biplane designed by Alexander Solla and launched from Navy Ships by Catapult; the decidedly odd Curtiss XP55 Pusher fighter plane prototype with only 3 ever built; the Grumman XF5F-1 Skyrocket which was a fighter interceptor featuring a forward nose wing in front of the fuselage. Johnson has also included images of the Boeing B-17E Flying Fortress with note that the image was shot on Sept. 19, 1945, the B-29 Superfortress of which the technical decals serve as illustrations on the front pastedown and served as the platform to deliver atomic bombs to Japan to end World War II, a Flying Tigers Curtiss P-40 Warhawk shown taking off from a Chinese airfield, the North American P-51D Mustang fighter aircraft, and more. Nearly all of the photographs were obtained from the Aeroplane Photo Supply, which sold photos approved for release by the Royal Canadian Air Force during the War and could be purchased in lots, with many of their negatives sourced from private sources, aviation company publicity departments, and some government agencies. They advertised their photos for sale from 1939 through 1957, but ceased operation at the end of the 1950s. The whereabouts of their negatives and photo archive are unknown. Original decals for B-29 Superfortress mounted on front paste-down. Light shelf-wear. Very good.