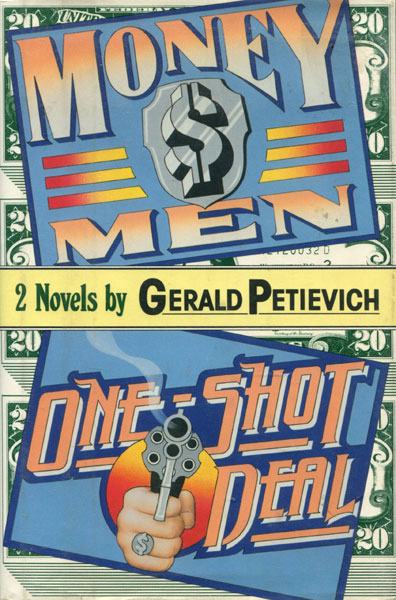 Other works by GERALD PETIEVICH

First edition. Author's first book. Fine in dust jacket with light wear to the front flap. These stories are set in Los Angeles, and are about two cases of Treasury Agent Charles Carr. He has a knack of irritating his agency superiors, mainly because he's successful in his own innovative and independent ways. In Money Men, Carr is working a stakeout when an undercover agent is murdered. Feeling responsible, Carr goes after the killers with a passion that far outreaches his duty. In One-Shot Deal, Carr is assigned to capture a brilliant and murderous counterfeiter who has managed to steal government security paper. His purpose is to forge $10 million in U.S. Treasury notes. "Money Man" was made into the film "Boiling Point" that starred Wesley Snipes, Dennis Hopper, Lolita Davidovich, and Viggo Mortensen.

The Apostrophe Thief. A Mystery With Marian Larch.
BARBARA PAUL

A Famine Of Horses.
P.F. CHISHOLM