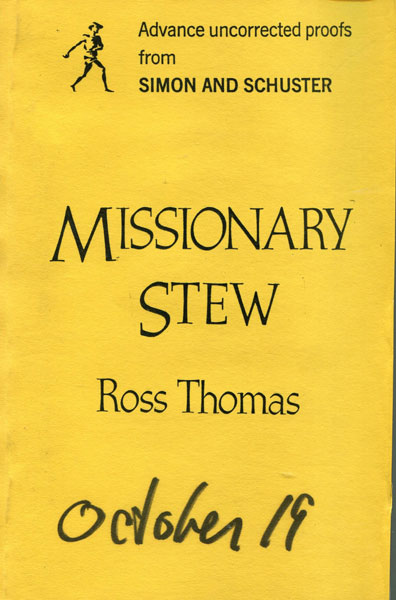 First edition. Advance uncorrected proofs. Very good in printed wrappers. Political fund-raiser, Draper Haere, is backing California Governor-elect in the next Presidentail election. He's looking to uncover the secret behind a right-wing coup in Central America. The information is needed for his boss --- dirt on his boss's opponent for the next election! Enter journalist Morgan Citron, who is hired by Haere to investigate a cocaine war and uncovers a scandal involving the F.B.I. and the C.I.A.

The Girl From Addis.
by Ted. Allbeury

Bring Me Another Corpse.
by Peter. Rabe

The Case Of The Phantom Fingerprints
by Ken Crossen