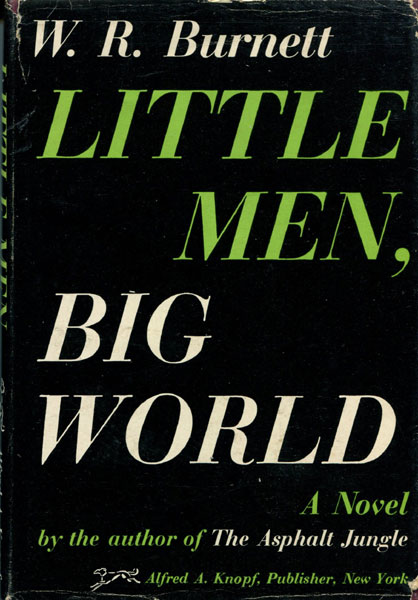 First edition. Fine in price-clipped dust jacket with light wear to spine ends and to the extremities. When newspaper columnist Ben Reisman gets a lead on a big story concerning the Chicago gambling syndicate, baser instincts compel him to go in search of the truth. This is the story of Thomas Stark, City Commissioner determined to clean up the town; of Judge Greet, brilliant city justice who can be influenced; of Leon Sollas, front for the leader of the syndicate; of Ark, gambling king of Chicago; and of Reisman, who moves deftly into the ruthless, forbidden territory of Chicago's underworld, exposing city officials, police officers, and syndicate members as he encounters them.

The Man Who Held Five Aces.
by Jean Leslie

Diane And Her Friends
by Arthur Sherburne Hardy