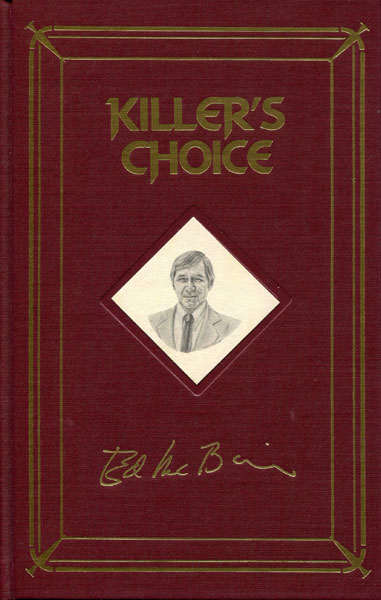 First U.S. hardcover edition after the PBO published by Simon & Schuster in 1958. One of 100 copies numbered and signed by the author and housed in a matching cloth slipcase. With a new Introduction by McBain. As new in decorated cloth without dust jacket as issued. Slipcase. 87th Precinct mystery. Beautiful Annie Boone is found murdered and lying on the floor of a liquor store with four bullet holes in her body. As Detective Steve Carella investigates the suspects, he finds a pattern of contradiction. Annie's ex-husbands says that she was a drunkard while her best friend swore Annie never touched a drop of liquor. One boyfriend claims that she was a very genteel lady while another said she was a frequent visitor of dingy pool halls. What kind of girl was Annie, and who exactly was she?

The Caterpillar Cop.
by James. Mcclure