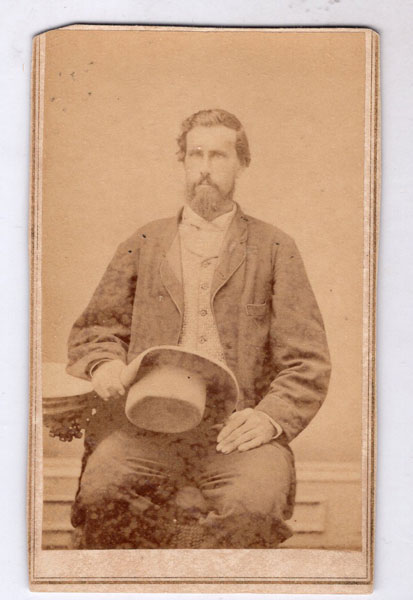 Handwritten Three-Page Letter By A. H. "Shanghai" Pierce On His Elaborate "Stock-Raiser And Cattle Dealer, B. U. Ranch Letterhead

First edition. 9 1/2" x 6" Three-page letter written in ink on his elaborate steer decorated "Office of A. H. Pierce, Stock-Raiser and Cattle Dealer. Address Pierce Station, P. O., B. U. Ranch, Tex., Oct. 26th, 1893." stationery. Pierce is writing to Mr. D. C. Procter, who is quite probably an attorney, and is asking him to prepare a "deed of trust" for him. He explains to Mr. Procter that he has sold 1500 head of cattle to a member of the Miller Family who resides in Matagorda County, Texas and Miller has made payment for a portion of the cattle as per agreement between the two men. He says further in the letter, "there are no judgments against him or any suits filed now, I want a deed of trust to cover all his cattle & 2nd deed of trust on the cattle I sold him so as to protect him against any of his creditors ----." He states further that "Miller will be here Saturday by noon & will leave for home on the train the same evening. As you are a little out of shape would it not seem to you to take a run down here on a pleasant trip Friday & fix up the papers & return Sunday morning." He also says that this is not a big job and if Procter cannot make the trip then please write Pierce with the details as to how to get his request done. Signed A. H. Pierce. The Handbook of Texas says in part: "PIERCE, ABEL HEAD [SHANGHAI] (1834–1900). Abel Head (Shanghai) Pierce, cattle raiser, the son of Jonathan and Hanna (Head) Pierce, was born on June 29, 1834, at Little Compton, Rhode Island. He had a few winters' schooling in a one-room school at Little Compton before 1848 or 1849 when he was sent to St. Petersburg, Virginia, to serve a quasi-apprenticeship in the general merchandise business of his uncle, Abel Head. In June 1854 young Pierce stowed away on a schooner bound for Indianola, Texas. Discovered, he was put to work handling cargo. He landed first at Indianola and then at Port Lavaca where he met Richard Grimes and went to work on the Grimes ranch splitting rails. Pierce soon began to acquire his own cattle which he registered and branded AP. After some difficulties in Matagorda County and the death of his wife and infant son, Pierce converted his cattle into gold and went to Kansas for an eighteen-month stay. Back in Texas, he began buying land until he acquired 250,000 acres and formed the Pierce-Sullivan Pasture Company of which he was president. The company sent thousands of cattle up the northern trails and shipped thousands by rail. In his efforts to solve the mystery of Texas fever, Pierce experimented in removing ticks and concluded that the ticks caused the fever. He toured Europe in search of a breed of cattle immune to ticks, and returned without a definite solution but with the conviction that Brahman cattle were most likely to be immune." He died December 26, 1900 in Texas. The town of Pierce, Texas is named after him. Except for a few small ink blots to page one, the letter is in near fine condition. A CARTE DE VISTE (CDV) 9.8 x 6 cm (3 7/8" x 2 3/8") photograph of A. H. "Shanghai" Pierce (ca 1870) is also included. Photographer's imprint on the verso: Carlisle's Photograph Gallery and Frame Store, Fall River, Mass." The photograph is in very good condition. Provenance: Robert G. McCubbin collection.

Do Rattlesnakes Swallow Their Young?
by J. Frank Dobie

Apache Pass. "Most Formidable Of Gorges"
by Richard Y Murray