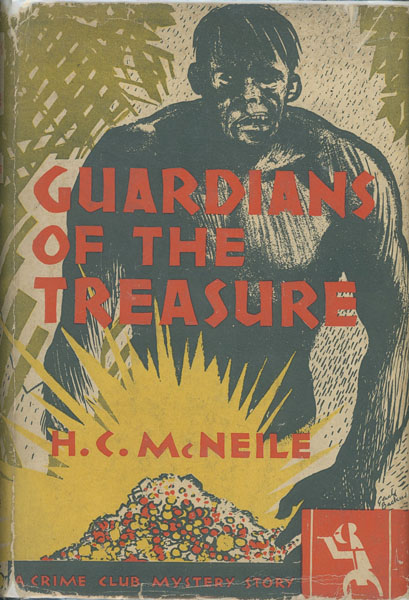 Guardians Of The Treasure.

Other works by H. C. MCNEILE

First U. S. edition. Originally published in U. K. in 1931 as THE ISLAND OF TERROR. Fine bright copy in dust jacket lightly faded on the spine, light wear to the spine ends and corners and tiny nicks, chips to the extremities. Jim Maitland meets a young woman who tells him that her twin brother had received a treasure map from an old sailor on his death bed. However on his way home he heard a gun shot and upon investigating was surprised to learn the identity of the dead man as being the young woman's brother. The next day the young woman received in the mail one half of the treasure map and she disappeared. Maitland set out to find both the girl and the map. Crime Club mystery novel.

The Moon Pool
A. MERRITT