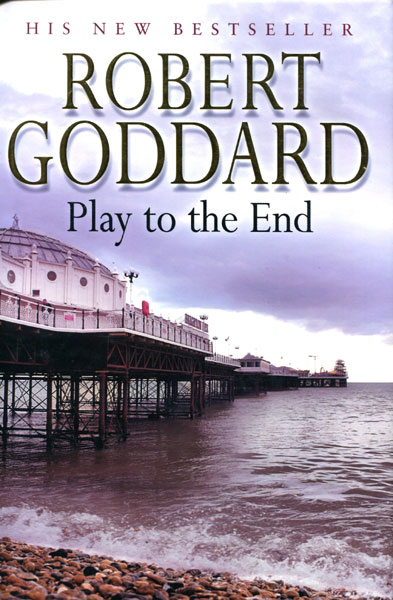 Play To The End.

Other works by ROBERT GODDARD

First edition. Signed. Fine in fine dust jacket. Actor Toby Flood arrives in Brighton with the other cast members of a play only to be visited that night by his estranged wife, Jenny, now living with wealthy entrepreneur Roger Colborn. She's worried about a strange man who has been watching her. Roger has ignored her concerns, and she's hoping that Flood will follow the man to his home and confront him. Reluctantly, Flood agrees. After arriving at his house, he meets Derek Oswin, an unemployed loner who blames Colborn for his father's death from cancer due to poor working conditions at the defunct factory run by Roger and his father. Flood sees an opportunity to win Jenny back before he fully understands the risks he is taking.

B As In Banshee.
LAWRENCE TREAT

Lords Of The Bow.
CONN IGGULDEN