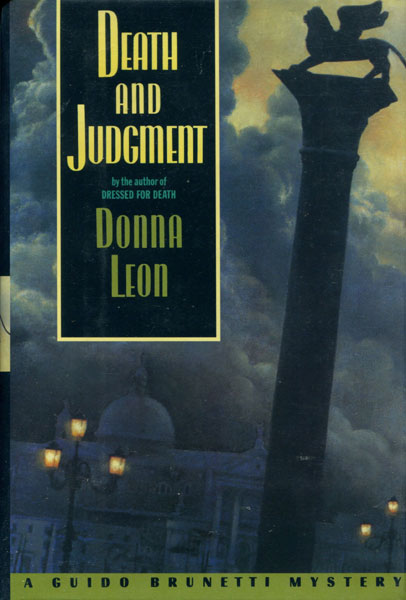 First edition. Published in U.K. as A Venetion Reckoning. Fine in dust jacket. Shortly after the bodies of eight women are found near a truck that has been in a mountainside accident, police commissario Guido Brunetti begins to investigate the shooting death of attorney Carlo Trevisan, counselor to influential industrialists and bankers. Two days later an accountant for politically active manufacturers is found murdered in his car. Both men, Brunetti discovers, had been placing calls to Eastern Europe, Ecuador and Thailand from a pay phone in a disreputable bar in Padua.

The Hand That Trembles
KJELL ERIKSSON