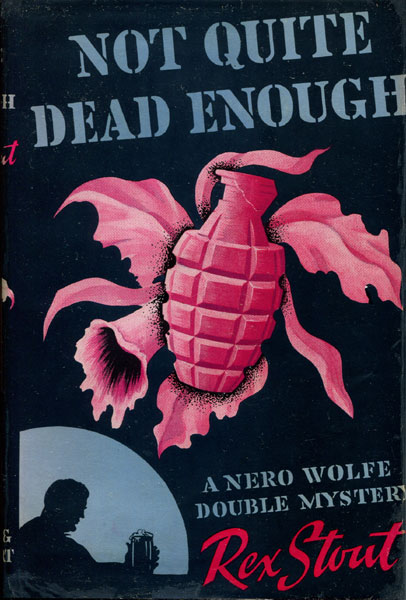 Not Quite Dead Enough.

First edition. Light off-setting to front and rear endpapers, else fine in dust jacket with light restoration to the spine ends. Two Nero Wolfe, and Archie Goodwin mystery novels with World War II themes. Barzun & Taylor say, "Neither is to be missed by anyone with an interest in the Wolfe-Goodwin saga." "Not Quite Dead Enough," finds Archie the prime suspect for the murder of a young woman he'd dated while on furlough from the Army. In "Booby Trap," Captain Albert Cross is found murdered just before he is scheduled to report to the group of intelligence personnel Wolfe works with.

The Red Fox.
by Anthony. Hyde