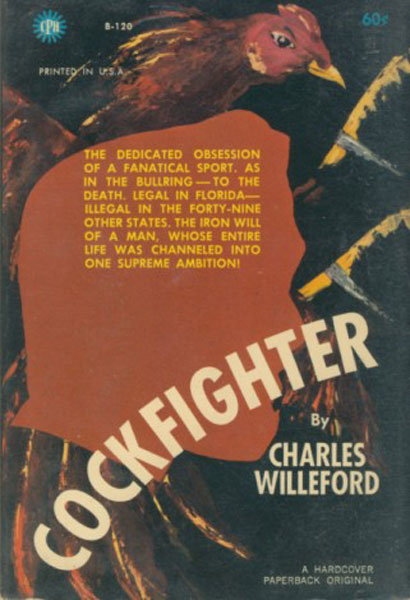 The correct first edition of this novel, preceding the revised hardcover edition. Bright, tight, fine, unread copy. Basis for the 1974 Monte Hellman film. BORN TO KILL, for which Willeford wrote the screenplay and played a minor role in the film. Warren Oates played the leading role as Frank Mansfield. This is the story of Frank Mansfield, a ruthless, compulsive man who at one time was the top cock-handler around. When his cock fell short of expectations, Frank lost everything ... his money and his pride. Now his goal is to win the Cockfighter of the Year award, and he's vowed not to speak another word until he regains his lost fortune and lost reputation.

A Trouble Of Fools.
by Linda. Barnes

A Deepe Coffyn.
by Janet. Laurence