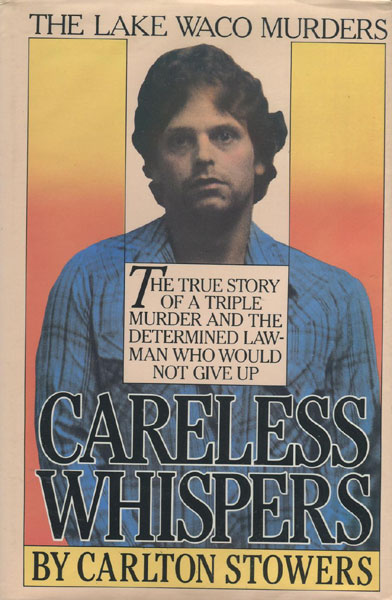 Other works by CARLTON STOWERS

First edition. 8vo. Inscribed by Truman Simons, the officer who followed the case and eventually solved it, and dated 10-23-86, additionally inscribed by the author and dated Oct. 31, 1986. Fine in price-clipped dust jacket. When the bodies of three teenagers were found on the shores of Lake Waco, Texas in July, 1982, even seasoned lawmen were taken aback by the savage mutilation and degradation they had been subjected to. Yet only 52 days after the gruesome triple-murder was discovered, frustrated authorities suspended the case indefinitely. Patrol Sergeant Truman Simons, who had been called to the scene that fateful night, vowed to find the person or persons responsible. This is the story of those murders and of the tireless efforts of Sergeant Simons, which resulted in the apprehension of those responsible for the carnage. This was the author's first venture into the true crime genre and he won the Mystery Writers of America's Edgar Award for the Best Fact Crime Book for 1986. An excellent read.