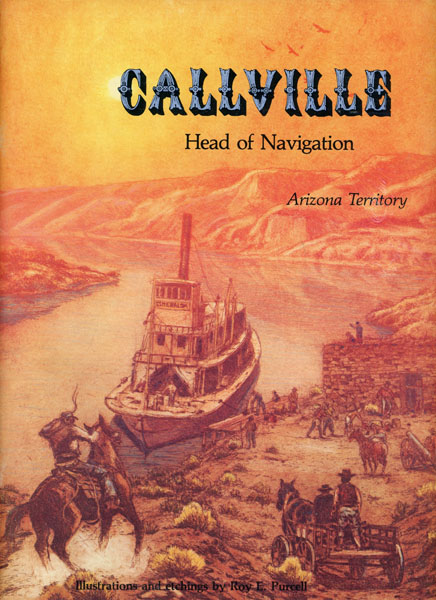 Other works by PAHER, STANLEY W. .

First edition. Quarto. Signed by the editor on the title page. Colorful pictorial wrappers, 24, plus 16 pp., illustrated, etchings. A well-researched history of Callville, Nevada, which lies between Boulder Canyon and Black Canyon. Government expeditions of the 1850's and 1860's convinced Mormon leaders that the Colorado River was navigable from the Gulf of California 600 miles upstream to Callville. It was hoped that a profitable route would be established with both export and import facilities to and from Salt Lake City to San Francisco, via Callville. Many tried to explore the Colorado River, and during their attempts, Callville developed into an important supply depot. The remaining sixteen pages covers the importance of Callville Bay Resort and Marina on the shores of Lake Mead today, after Callville disappeared in 1935 under the waters of the reservoir. Fine copy.

Our Lady Of Lourdes. One Hundred Years Of …
EDWARD F. ELLSWORTH