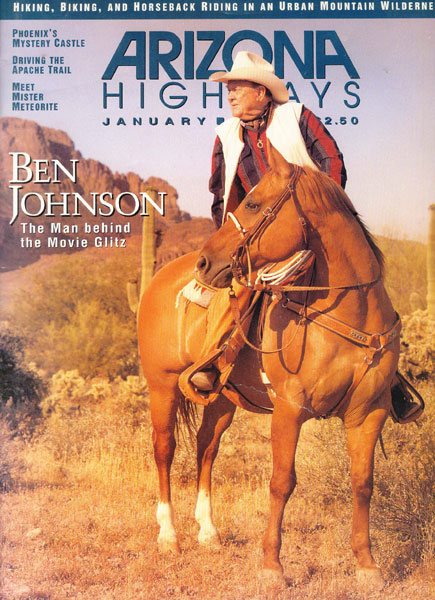 Ben Johnson, The Man Behind The Movie Glitz

First edition. Quarto. Color pictorial wrappers, p. 4 through p.9 inclusive, triple column, illustrated. Story appears in ARIZONA HIGHWAYS, January, 1996, Vol. 72, No. 1. Ben Johnson is the only cowboy actor to win an Oscar, and he did so for the "Best Supporting Actor" in 1972 for his role in THE LAST PICTURE SHOW. He had roles in movies such as Rio Grande, She Wore A Yellow Ribbon, The Wild Bunch, and many others. He also was a stuntman and double for John Wayne, Gary Cooper, Henry Fonda, Jimmy Stewart, Alan Ladd, and Joel McCrea. Fine copy.

Now They Get Sexy Movies And The Royal …
by Larry Mcmurtry