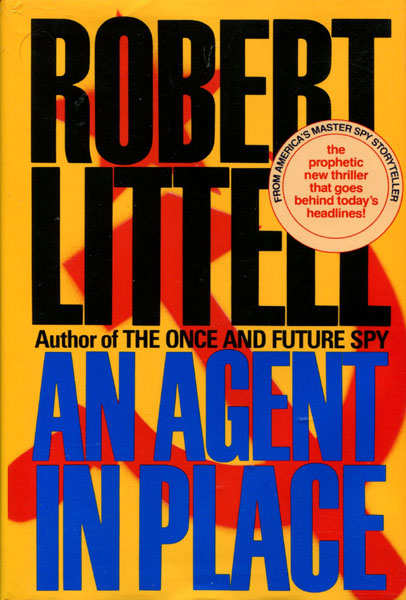 An Agent In Place.

Other works by ROBERT LITTELL

First edition. Author's tenth novel. Fine in dust jacket. While calm prevails between the U.S. and Russia, deep within their respective spy networks are old warriors who refuse to fade away. The CIA sends agent Ben Bassett to Moscow as a lowly "housekeeper." In doing so, a series of plots and counterplots is set in motion. Bassett meets Russian poet Aida, with whom he falls in love. Aida has a 13-year-old son who has a rare type of leukemia that can be held in permanent remission by a particular American drug. The KGB cuts off Aida's supply of this drug in order to force Bassett's co-operation. Little by little Bassett begins giving into the KGB and supplying them with the information they want.