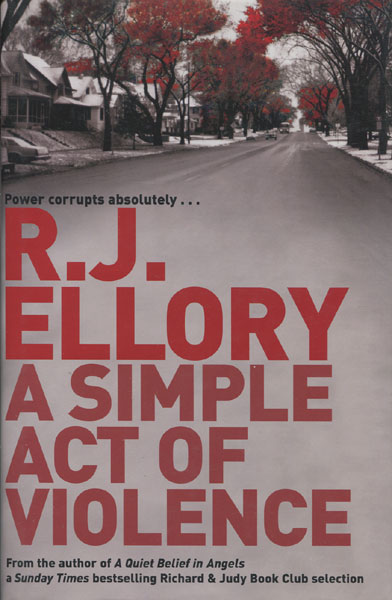 A Simple Act Of Violence.

First edition. Signed by the author. Fine in fine dust jacket. Washington, embroiled in mid-term elections, didn't want to hear about serial killings. When the newspapers reported a fourth murder, the killer's name, and details of his horrendous crimes, it was time to do something. Detective Robert Miller is assigned to the case. Things immediately become complicated. The victims don't officially exist. Their identities aren't registered on any known systems. The harder Miller works, the less sense it makes. As he unearths even more disturbing facts, he starts to face truths so far removed from his own reality that he begins to fear for his life.

The Shadow Scrapbook.
WALTER B. GIBSON

Now We Are Dead
STUART MACBRIDE