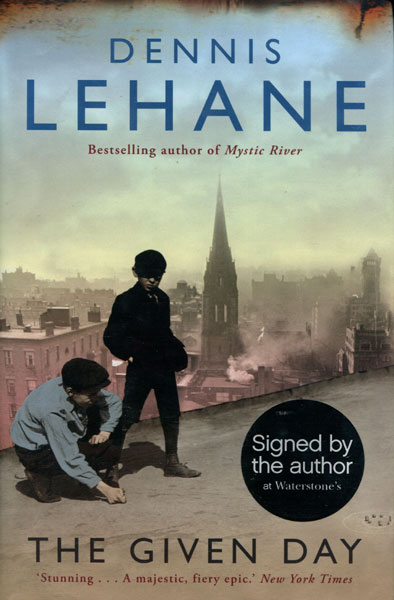 Other works by DENNIS LEHANE

First U.K. edition. Signed by the author. Fine in fine dust jacket. Set in Boston at the end of WWI, this is the story of two families--one black, one white--swept up in a maelstrom of revolutionaries, immigrants and ward bosses, socialites and ordinary citizens, all engaged in a battle for survival and power. Beat cop Danny Coughlin, the son of one of the city's most beloved and powerful police captains, joins a growing union movement and the hunt for violent radicals. Luther Laurence, on the run after a deadly confrontation with a crime boss in Tulsa, works for the Coughlin family and tries desperately to find his way home to his pregnant wife.