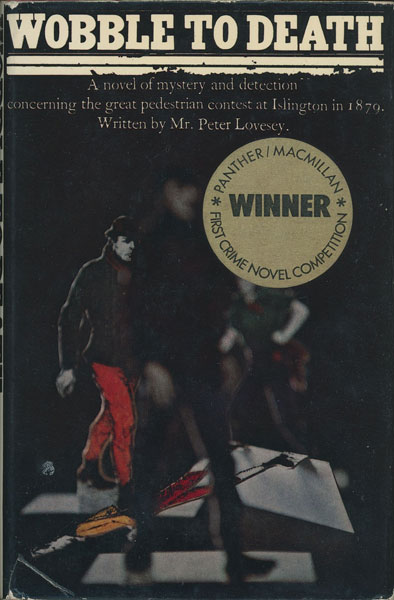 First edition. Author's first novel. Signed by the author. Laid-in is an inked letter signed from the author in which he thanks the addressee for the hospitality received from them after the funeral of a mutual friend. Light erasure mark on the front free fly leaf, page edges uniformly tanned, else fine in dust jacket with light wear to the extremities and a small closed tear and crease to the bottom edge of the front cover. Introduces Insp. Cribb to solve the crimes which take place during a six-day walking race, or "wobbles" as the event was known in the late 19th Century. Great story and a first-class mystery set against a sordid but authentic historical background. This story was re-enacted on PBS Mystery in April, 1980, with Alan Dobie in the role of Sergeant Cribb.

In The Heat Of The Summer.
JOHN KATZENBACH

The Little Tales Of Smethers And Other Stories.
LORD DUNSANY