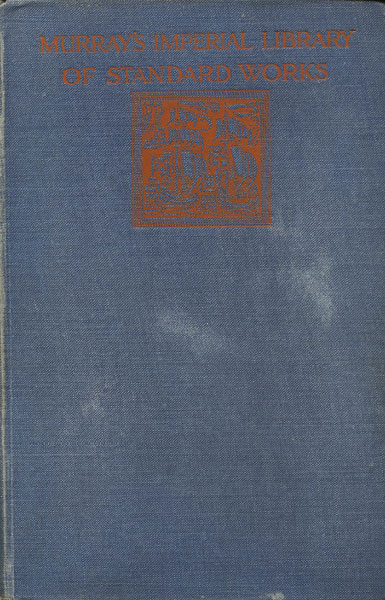 Other works by WILLIAMS, R.H.

First edition. 8vo. Light blue cloth, xviii, 478 pp. plus 12 pages of advertisements, frontis. (portrait), introduction, illustrated, index. The adventures of this Englishman are full of experiences and excitement. In 1852 he sailed from England bound for City Point, Virginia. After living in western Virginia for a few years he left for Kansas and learned that each man at the time was a law unto himself, and human life was not valued very highly. He next arrived in Texas on a cattle ranch in the heart of Comanche territory. Cattle raising and desperate fighting with Comanches occupied him for a while, then came the Civil War and shortly thereafter in 1868 he returned home to England. Six Guns 2411 says "Scarce." "Deals with life during the lawless days of Kansas and Texas." Howes W473 says "After a lurid frontier apprenticeship in Kansas, this young Englishman ranched in Western Texas and served with the Rangers." Herd 2528 says "Scarce." Lightly foxed along the fore-edges, light offsetting to front and rear endpapers, very light foxing throught, and lightly rubbed at spine ends and corners, else very good copy. HOWES W473. GRAFF 4686. SIX GUNS 2411. HERD 2528.

Fields Of Fire. An Illustrated History Of Canadian …
DAVID AND GORDON JAREMKO FINCH