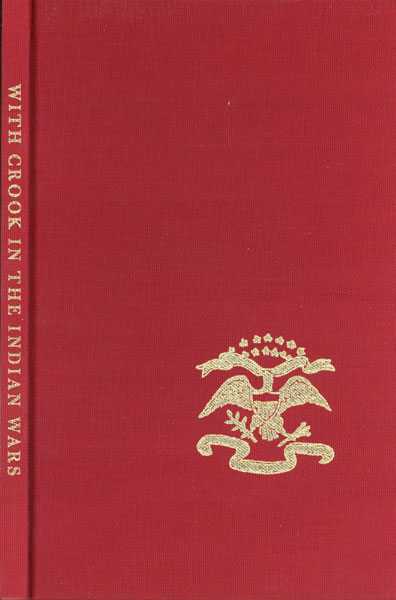 With General Crook In The Indian Wars.

First edition thus. 8vo. Limited to 2100 copies of which this is number 138. Red cloth, titles and decoration stamped in gilt on the front cover and spine, pictorial front and rear endpapers, 59 pp., illustrations by Frederic Remington, two folding color maps. A narrative by Bourke that originally appeared in Century Magazine in March, 1891. Notes and a Foreword by W. H. Hutchinson. Tells of Indian campaigns in northern California, Oregon, Idaho areas, as well as the Arizona territory. Fine copy.

They Wore No Man's Collar. Memories Of An …
by John Allen Ware

Hell On The Range. A Story Of Honor, …
by Daniel Justin Herman

The Lady Of The Rose. The Story Of …
by Dorothy. Devere

Two Years Before The Mast. A Personal Narrative …
by Richard Henry Dana