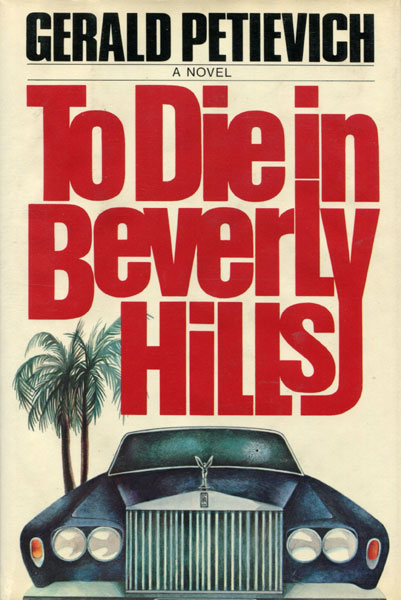 To Die In Beverly Hills.

Other works by GERALD PETIEVICH

First edition. Fine in dust jacket. While U.S. Treasury Agents Charlie Carr and Jack Kelly are investigating a counterfeiting ring, they're tipped off by Det. Travis Bailey of the L.A. police who warns them of a plot to murder their prime witness. Without realizing it, they're involved in a phony stake-out in which Kelly is seriously wounded. Carr puts his life and career on the line in order to avenge his partner and at the same time build a case against Bailey.

Woman In The Window.
DANA CLARINS