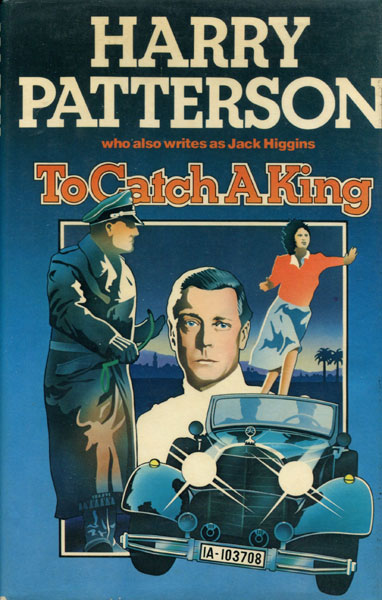 To Catch A King.

Other works by HARRY PATTERSON

First edition. Fine in dust jacket with light wear to head and toe of spine. 20th Century Crime & Mystery Writers says: "After the Duke of Windsor has abandoned the throne of England to marry the woman he loved, he lives in semi-exile in Portugal, slowly becoming bitter toward his brother, the King of England. Hitler believes the Duke would accept an offer to rule England after Germany triumphs. From this premise, Patterson builds an overpowering plot to convince the Duke--and if that fails, to kidnap the Royal couple for propaganda purposes. Only a young Jewish singer, Hannah Winter, stands between the Nazis' success or failure." Jack Higgins is one of the author's pseudonyms.