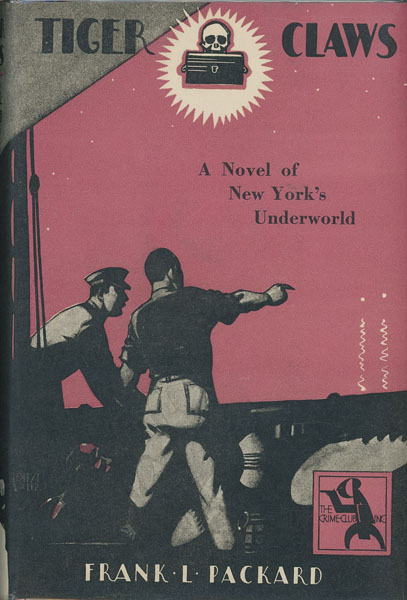 First edition. Rear inner hinge has been professionally repaired [the repair is not visible], else near fine copy in spectacular, bright dust jacket. Sailing their schooner in the Far East two men are decoyed ashore by a signal fire on a small unknown island, and are attacked by four men upon reaching shore. One of the two men and two members of the crew are murdered, and the fourth man is left for dead. He recovers and finds on the island the murdered body of an old man. The only clue to the mystery is a page from this man's diary in which it stated that the four men have taken from him a mahogany box. Who are the four men and what's the mystery of the mahogany box? An exceptional copy of a Crime Club title.

The Insurrectionist.
by Andrew. Mccoy

The Smoking Leg And Other Stories.
by John. Metcalfe

One False Move
by Robert Goddard